Studio-Set sub-identity for CBA event; printed and digital. More about the visual identity developed for Center for Book Art.

Honoree Alison Knowles is a visual artist known for her soundworks, installations, performances, publications and association with Fluxus. As a founding member of Fluxus, Knowles produced what may be the earliest book object, a can of texts and beans called the Bean Rolls, in 1963. In 1967, she produced the Big Book, an eight foot tall book of environments organized around a spine. It opened at the Frankfurter Buchmesse and toured through Europe. After the first Big Book was destroyed, Knowles produced a second large-scale book, The Book of Bean in 1982 with the help of Franklin Furnace. Some pages of it can be found at Museo Bostell in Spain. The smaller A Finger Book of Ancient Language followed in 1985 with seven 11 inch high pages in braille, shown at the Lighthouse for the Blind in New York. Knowles has also written several books of experimental text and poetry. 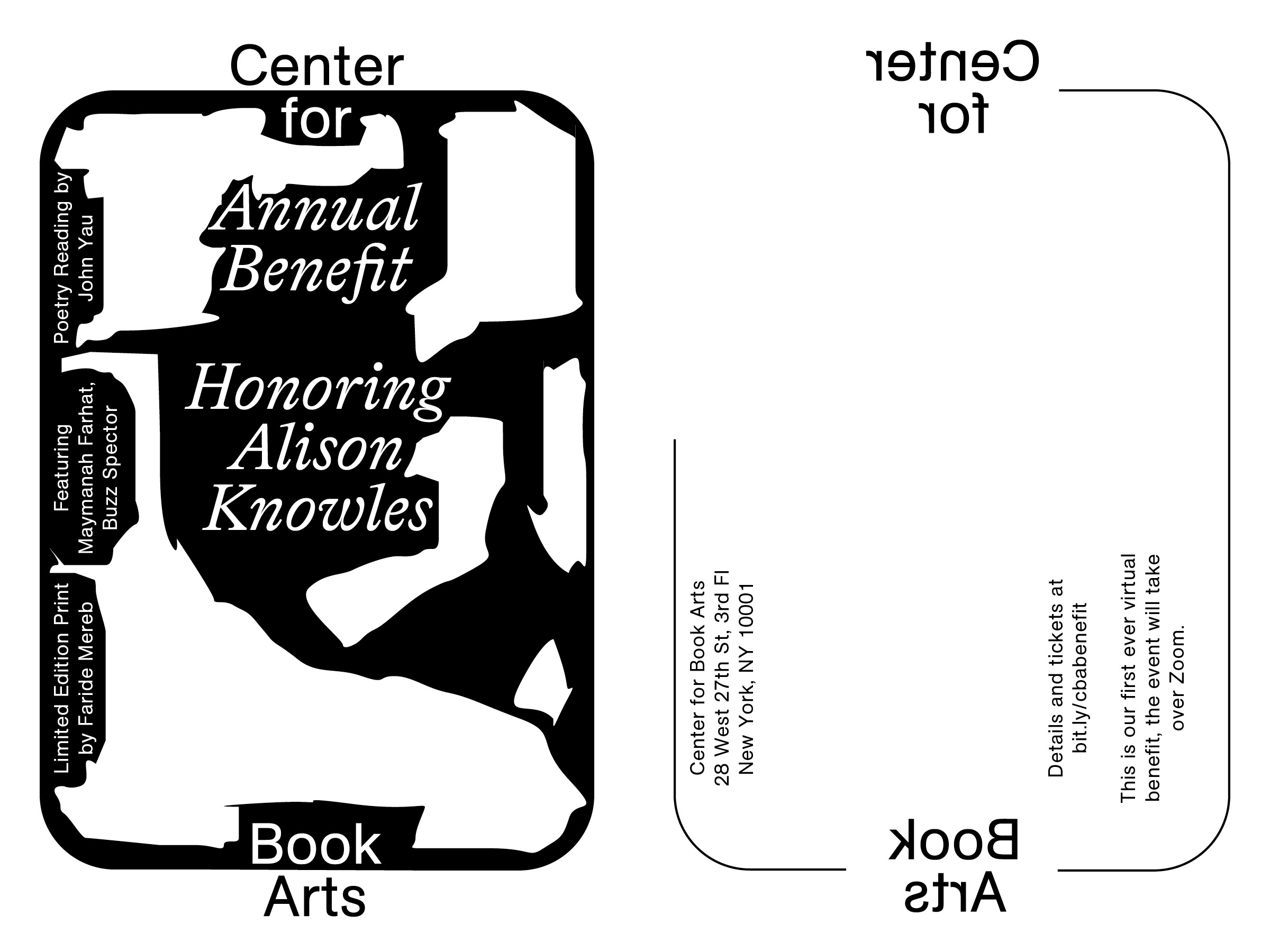